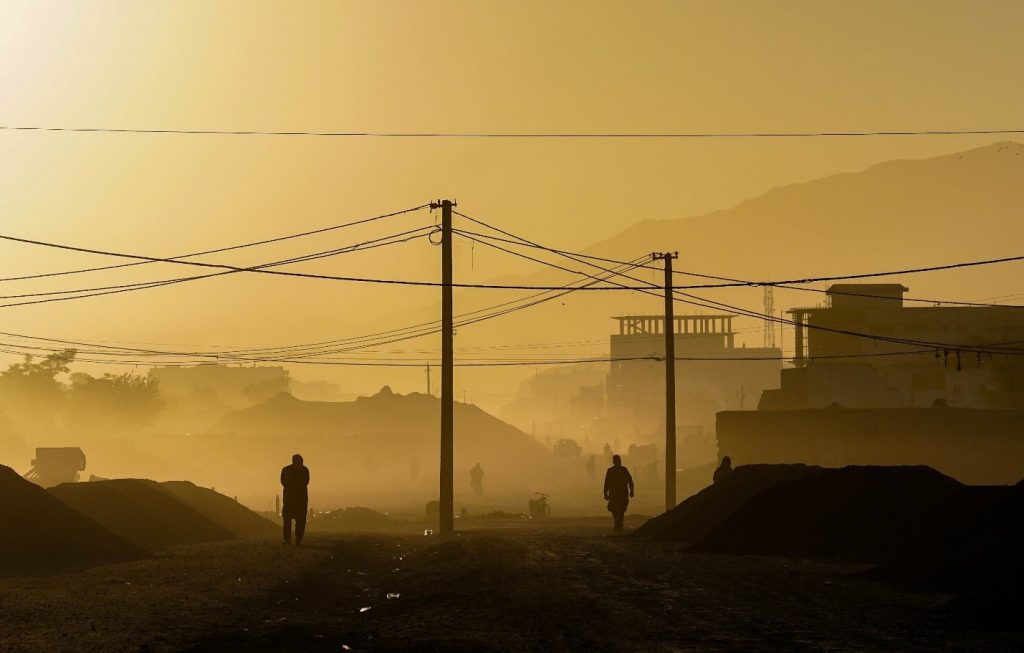 It has been over four decades since Afghanistan and its people last felt peace. For the younger generations, the feelings of peace, quiet and stability belong to the unknown. The 1979 invasion by the USSR was to set off a series of events which proved catastrophic for Afghanistan. The Soviet occupation of the country provoked a fully-fledged war between the USSR and US-led anti-communist insurgents, also known back then as the mujahedeen. The protracted conflict between the Soviets and the Afghan forces (which ended only as of 1989) had been fueled by a longstanding covert operation of the United States which began as early as 1979, during the Carter Administration, and was continued throughout Ronald Reagan’s presidency. The collapse of the USSR also forced the withdrawal of the Soviet forces, but an end to the chaos, bloodshed and injustice were nowhere near Afghanistan’s future.

Nowadays, as of 2021, Afghanistan finds itself in a permanent internal clash between different forces, among them the well-known radical Taliban insurgent group. The result of these armed conflicts between government-led forces and opposition groups (from the Taliban, to ISIL and Al-Qaeda) have been countless deaths and injuries of civilians, most of them being women and children, or those belonging to vulnerable groups. So far, it seems that the official process of withdrawal of American troops from Afghanistan, which began this year’s May and shall end by August 31st, has led to an open path for the Taliban to spread terror all across the country and take control upon several parts of it. U.N. statistical data has recently revealed the fact that this year, the number of civilian casualties (deaths and injuries) has reached a new record from 2009 when the analysis first started. In less than six months, insurgent groups opposing the government, as well as government-led forces, have been contributing to the atrocities which took the lives of over 1650 unarmed people and injured over 3500 more with casualties spiking during the last few months and the military withdrawal of US forces. But what exactly has led to this cyclical state of crisis? What makes the case of Afghanistan so intricate and hard to handle?

It is important to take the history of the country into account, especially from 1979 onward. The destabilization of Afghanistan began the moment Soviet forces occupied it, justifying their action as part of their efforts to uphold the Soviet-Afghan Friendship Treaty of 1978. Everything was aggravated, however, by the American covert mission through which insurgent groups rose to power. Although no US troops were directly involved in the protracted war that ensued between USSR forces and insurgent ones, the CIA’s involvement in the war was the one of a quartermaster. The US funneled massive amounts of money and supplies of weapons for the mujahedeen via Pakistan’s Intelligence Services, in direct coordination with China, Saudi Arabia, Egypt and other actors. The subsequent defeat of the Soviets who suffered extreme casualties through this subsidized resistance left Afghanistan in a deep void. Having lost over 1,000,000 people in the war, Afghanistan remained in ruins and poverty, with a breeding ground for radical mujahedeen. The devastation of the country had easily resulted in the radicalization of the Afghan society and as such, in what seems to be a never-ending conflict and war.

Human rights violations had become, and continue to be the norm, as persecution of women and the general state of fear and the oppression of the population are representative of how the country functions nowadays. Initially justified by the 9/11 catastrophic event, the subsequent American-led Invasion of 2001 only added up to the Afghan struggle. Another protracted war, which was meant to eliminate terror, ended up in a general spread of terrorism and radicalization all across the region. This war, which by no means has been won by the US and its allies, only seems to have given the Taliban the leverage to continue their fanatic battle against anyone who would step in their way. After 20 years of occupation, Afghanistan will soon be left all alone, with nothing in hands, but weapons, poverty and hatred.

Looking at today’s crisis in the country, we get to see records in the numbers of deaths among civilians, children and women falling prey to most attacks occurring between the different sides involved in the warfare (suicide, IED attacks etc.). Not only that, but the current regime seems to be toppled by the Taliban extremists, aspect which already results in a bigger number of abuses against women and girls alike. Females in Afghanistan have been and continue to be the victims of forced marriages, beatings, rapes and killings, at the hands of extremist members. Not to mention the human trafficking of women and girls who are sold as brides by these groups.

The already dire conditions of women and children are now being worsened and perpetuated at the hands of the rising Taliban forces and anti-government insurgent groups. One of the bloodiest episodes which occurred this year, took place one day before the celebration of Eid-ul-Fitr, in front of a school, in which 90 people were killed for no clear reason, most casualties being women and children (mainly teenage girls). The same context applies to the increasing vulnerability of the Afghan male youth who are often times trafficked in big numbers as children of war (a case well-known across Asia and Africa alike). They become the victims of a prolonged process of brain-washing and radicalization, being turned into and used as terrorists. As such, after 20 years of occupation, war and terrorism, an improvement in the status of human rights in Afghanistan is nowhere in sight.

Today’s situation with the American troops being pressured and incentivized to withdraw is only leaving the country in an even deeper state of chaos. Thus, what most feared initially seems to quickly materialize within the Afghan borders. By the end of July/beginning of August this year, the Taliban have been able to gain control of three major cities in Afghanistan. As a result, thousands of Afghan civilians have already been displaced in the ongoing war between the government-led forces and the opposition groups, while tens, to hundreds of thousands more desperately try to escape the frightening chaos, by fleeing to Turkey and to European states either legally or illegally. This in turn is a hard-to-handle situation, as many Afghan refugees have been previously deported from several European countries, as well as from Iran and Pakistan, mainly as a result of what seemed to be adaptation problems.

Afghanistan’s current crisis has come to be of great concern among actors in the international community. Political leaders have expressed their worries about the situation of the civilians, as there seems to be no real solution to what is going on in Afghanistan nowadays. Even George W. Bush Jr. (former US President who ordered the invasion of Afghanistan in 2001), who at the time of the invasion officially stated that the American fight against terrorism had been a Mission Accomplished, has recently expressed specific concern for the situation of Afghan women, being aware of the dangers they will be exposed to from here on. Like Bush, many other leaders around the world oppose the withdrawal of the American troops from Afghanistan, but it all seems to be too late. No negotiations seem to compel the Taliban to draw a ceasefire and to respect even the basic human rights of the Afghan people. In a situation like Afghanistan’s, where both the radical insurgent groups and the government’s forces effortlessly target and kill civilians and continue to refuse to find a solution to their crisis, not much is left that can be done on the side of the international community. As such, peace, stability and quiet seem to remain nothing but far-fetched dreams for most of the Afghan civilians.