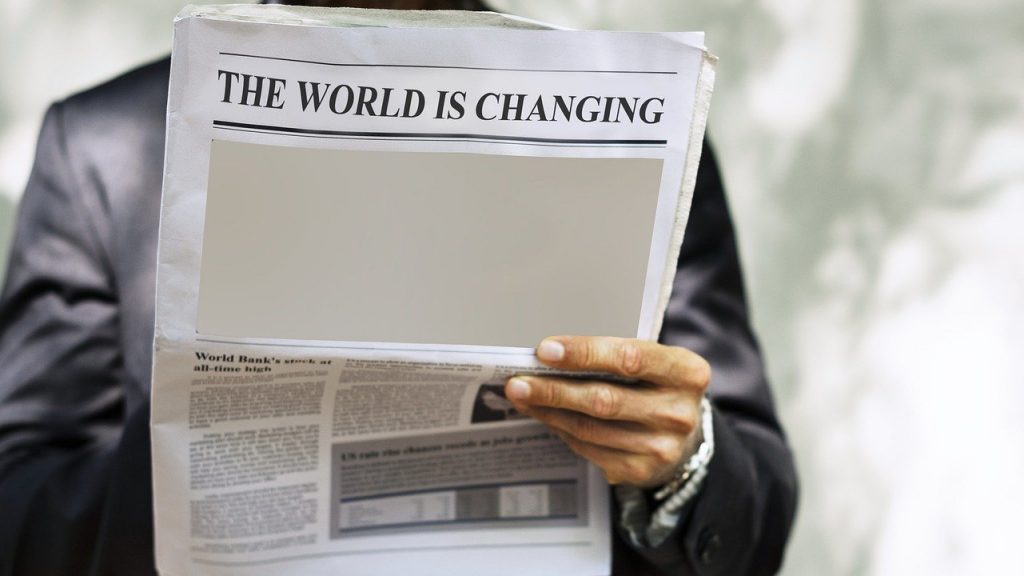 The Press Freedom Index is compiled and published annually by Reporters Without Borders in 180 countries worldwide, based on an assessment of data on press freedom in those countries over the past year. The index reflects the degree of freedom that journalists, news agencies and internet users have in each country, as well as the efforts made by the authorities to respect and reinforce this freedom.

To calculate the freedom index of the press, the values indicated range from 0 to 100, with 0 being the best possible score and 100 being the worst. In compiling te list, the following 7 parameters were taken into account:

Pluralism: Examines the extent to which different views are represented in the media.

Media Independence: Examines the extent to which the media can operate independently of political, governmental, business and religious influences.

Environment and Self-Censorship: Analyzes the environment in which information providers operate.

Legislative Framework: Examines the impact of the legislative framework in restricting news and information gathering activities.

Transparency: Examines the transparency of institutions and processes that affect the production of news and information.

Infrastructure: Examines the quality of the infrastructure that supports the production of news and information.

Abuse: Examines the level of abuse and violence against journalists and the media.

The picture below, issued as part of the press release accompanying the Reporters Without Borders 2021 Report, refers to press freedom for the year 2020. 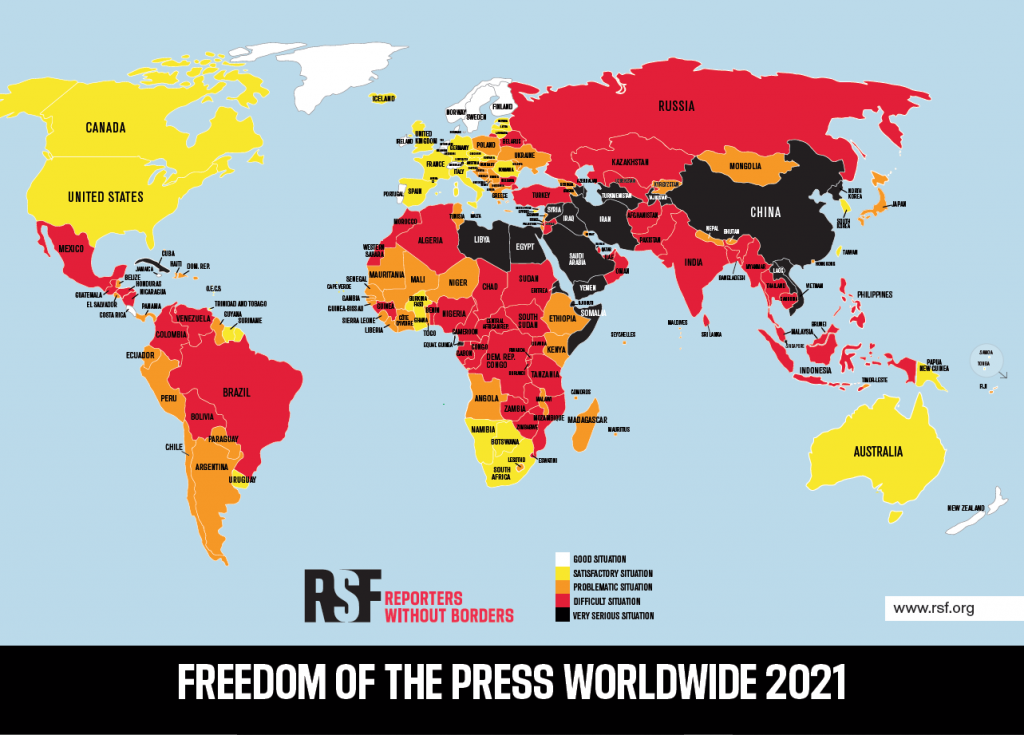 Journalism, arguably the best vaccine against misinformation, is completely excluded or severely hampered in 73 countries and limited in 59 others, which together account for 73% of the countries evaluated.

The pandemic has been used as a reason to block journalists’ access to information sources and reports in the field.

The 2021 Edelman Trust barometer reveals an alarming level of public distrust of journalists, with 59% of respondents in 28 countries stating that journalists deliberately try to mislead the public by reporting false information.

The following link shows the score for the Press Freedom Index for the year 2020 and the ranking order of the 180 countries.

In the list of countries that ensure freedom of the press, Norway ranks first in the index for the fifth year, while Finland is again second, followed by Sweden and Denmark. At the other end of the index is Eritrea last, North Korea penultimate, third from bottom is Turkmenistan, and fourth from bottom is China.

Europe remains the most secure continent for press freedom. The first four countries are Finland, Sweden, Denmark, and the Netherlands, while the last is Bulgaria, the penultimate is Hungary, the third from the end is Malta and the fourth from the end is Greece.

The above-mentioned findings raise questions on how media operate during a period of deep uncertainty. In ISRM we always highlight the importance of consistent messaging in times of crisis in order to make people understand the significance of the situation. Media promoting a political agenda might create further issues on mitigating a global pandemic.

Is press freedom something crucial to maintain clear messaging and societal coherence? Or is it another first-world problem that in times like this is of no importance? Should the flow of information be restrained in any way during a crisis?

Are you interested in discussing challenges that press freedom is facing during the global pandemic? Would you like to share your views and experience with students all around the world?

You don’t need to be a member of ISRM to attend (all are welcome), but this will give you a chance to meet new people, build your networks and be part of a global community that currently has 23 International Chapters across the world.