The Mediterranean under Fire. The Turkish and Greek Cases 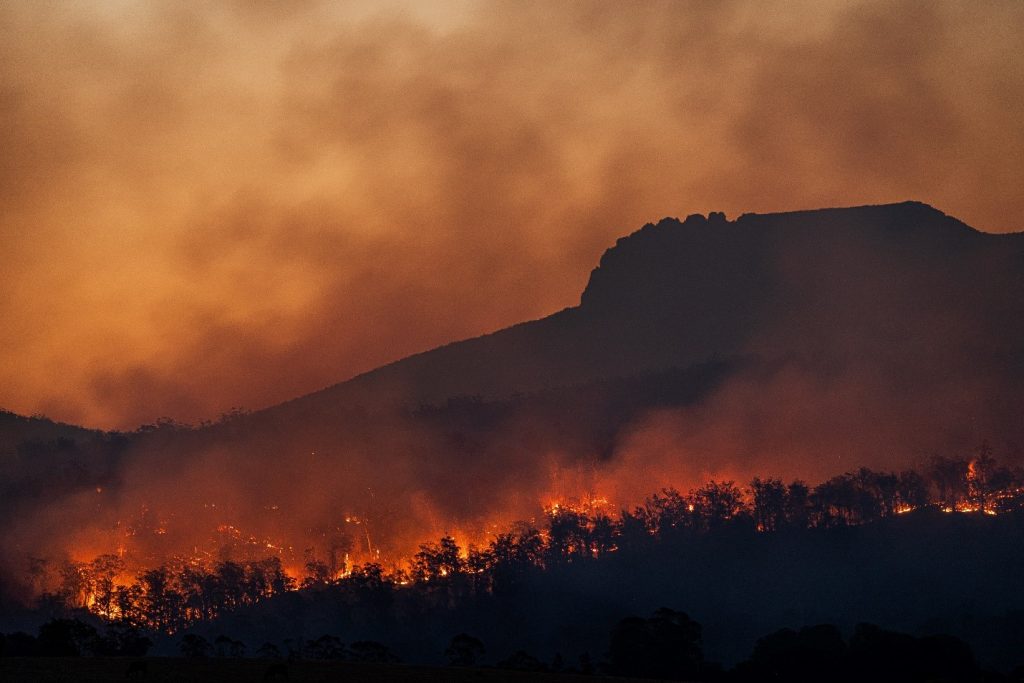 The 21st year of the 21st century has been faced with what seems to be considered the worst climate crisis registered in history. The current summer season has taken many by surprise as, whereas parts of the world have had to deal with devastating floods and even tornadoes, some of the strongest fires have just recently burnt down entire areas in the Mediterranean region, as well as in the United States, Siberia and even Finland. What seems to be currently shocking to the world has been, however, highly expected and predicted by most scientists and environmentalists at least throughout the past decade.

In this article, the focus will go specifically onto two neighboring countries, Turkey and Greece, which have dealt with atrocious fires up until the recent days. Beginning with Turkey, what stood out has been the government’s lack of action and reaction for days on end, from the very beginning of the wildfires. As of July 28th, entire regions along the coasts of Muğla and Antalya have been ravaged by wildfires ignited by record high temperatures, and while the Turkish Government, led by Recep Tayyip Erdoğan, has admitted to being unprepared in front of the climate disasters the country has been dealing with, it has refused any help or intervention coming from the West for almost an entire week.

The lack of preparedness of the Turkish authorities was accompanied by a blame-game in which the PKK (The Kurdistan Worker’s Party and insurgent group) was the initial actor to be accused of arson by Erdoğan himself, and later Greece, having been blamed for igniting the fires by one of the Mesut Hakkı Caşın, the PM’s Security and Foreign Policy advisor. Overcome by the ferocity of the fires, thousands of locals have lost their homes and goods, feeling helpless in front of nature’s rage. Russian jets and Azerbaijani forces joined the Turkish ones, but it all seemed too late.

Erdoğan’s dismissal of Western help allowed the situation to escalate over the course of several days, and at least eight civilians lost their lives to the wildfires which only very recently have been contained. Despite being acknowledged for its military capabilities, the government’s lack of resources for such instances, and its incapacity to handle the wildfires enraged the Turkish population at large. In what seems to be a self-defeat, Erdoğan and his government most likely lost any chances of power for the future. The climate disasters which, lately, have been striking Turkey, might be the ultimate peak to bring the total erosion of the current government.

Looking at Greece, however, despite the case being apparently similar in nature, what stands out is that, although the Hellenic Republic and its authorities have had a totally different approach to the fire crisis (which began on July 29th), their efforts have not been perceived as enough, and the general population has been enraged by the outcomes of rather a lack of organization coming from the leadership. With not enough resources at hand, the quick spread of fires across different regions within Greece took Mitsotakis’ Government by surprise. The record high temperatures, accompanied by strong winds, have overwhelmed the firefighters and volunteers who fought against them for days.

Despite early calls for, and interventions from foreign firefighters coming from the whole European continent, as well as from the Middle East and the US, the wildfires seemed undefeatable for more than a week, having burnt down entire villages, islands and a part of Athens. The ones affected have lost their homes and their goods. The government and its authorities are currently blamed by many for not having ordered proper action for regions like the Evia Island, and for having focused almost exclusively on Attica, and more specifically on Athens. The lack of resources to combat such fires is not of surprise however, as all foreign forces who joined the Greek ones claimed to have witnessed apocalyptic scenes while trying to contain the fires.

Greece has had a history of ravaging wildfires, but none had been as powerful as the recent ones. In a stark contrast from its Turkish counterpart, it is important to notice, however, the Greek Government’s accountability for the events which ravaged entire regions of the country. While the authorities fully acknowledge the atrocities provoked by the violent changes of the climate, it must be also considered that in the Greek scenario four people have been found guilty of arson and are currently undergoing trial.

The Greek Government seems to be trying to make major efforts of accommodating the victims of the fires, and has promised financial support to all those who have lost their homes and their goods. What is problematic in Greece’s instance, however, is the fact that with an already shaken economy, and an ongoing pandemic affecting the flow of tourism, a path to recovery seems really challenging and difficult. Kyriakos Mitsotakis has also lost the credibility of many, but due to different reasons than his Turkish counterpart. He cannot be accused of lack of action and reaction, but rather of lack of strategy and organization.

Looking at both scenarios mentioned above, many aspects would remain to be highlighted. The level of pollution in the air has risen to extremes in both Turkey and Greece. The air has become unbreathable for the population, while the heat has made, and continues to make it almost impossible for anyone to go on with their regular lives. The waters have been also affected, and as such, the fishing industry will have to suffer for at least a while longer. Rebuilding villages and entire structures will take long, and a total recovery seems to be too far in the future for both countries. In such scenarios, the governments in charge should be prepared, not only with the required resources and clear strategy plans, but also by investing in the necessary technology and capabilities of combating climate disasters. In what seems to be a total climate imbalance and a blazing summer for southern Europe, Italy, North Macedonia and Spain are currently fighting and struggling with extreme wildfires.