Political Radicalization in the 21st Century: A Comparison between the Greek Radical Wings 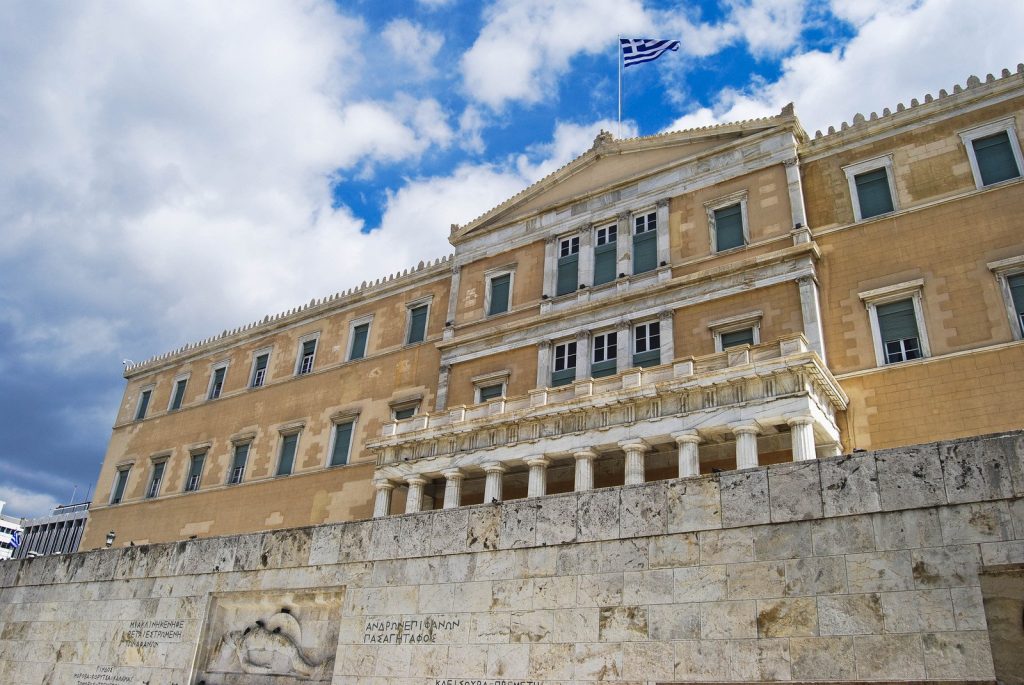 When looking at political radicalization movements across Europe in the 21st century, there tends to be a general focus on specific areas or countries across the continent, whereas others are oftentimes overlooked by the analytical eye. This piece intends to briefly cover the phenomenon of political radicalization in the 21st century Greece. As such, the article will be split into two sections, which will be followed by a conclusion comprised of a short overview upon the topic. Before shifting the focus on the subjects of this piece, however, it is important that one understands what radicalism/radicalization means in the field of politics. To be concrete, “radicalism is a political movement that adheres to extreme means of achieving the goal. It can manifest itself in various forms of extremism, terrorism and revolutions” (Kudriashova, 2021: 8).

Starting off, it should be noticed, under a political context, that although the Hellenic Republic has been faced with several problematic and brutal crises so far in this century (such the economic and immigrant ones), at least at the international level, it has always been a rational, peaceful and cooperative actor. By taking a look from the inside, however, as an outcome of the gravity of the crises the country has dealt with (at least to certain extents), political radicalization found a relatively proper breeding and growing ground in Greece. For this analysis the focus will go onto two radical Greek political parties: Syriza (The Radical Coalition of the Left), and the Popular Association-Golden Dawn (a far-right radical group).

Syriza, a rather young party, yet the second largest in Greece, was formed in 2004, through a coalition between “Synaspismos”, and several other smaller left-wing parties and independent activists (Wallenfeldt, 2020). From the very first days, one of the main figures in Syriza has been radical figure, Alexis Tsipras, who by 2008 became the leader of the party, by 2009 was elected in the Parliament, and by 2015 was elected as the Prime Minister of Greece (Wallenfeldt, 2020). The Radical Coalition of the Left has been often times associated with the communist movement (especially under the leadership of Tsipras), with strong ideological radical beliefs and anti-globalist stances, as well as with Marxist affiliations (Marliere, 2012). Throughout the years, several leading figures within the party had advocated for, or at least supported the idea of a Greece outside the Eurozone, accusing EU leadership of contributing to the country’s collapse through its capitalistic systems (Gourgouris, 2015). It is important to underline, in this same context, the fact that the economic crisis which hit Greece as of 2009 provoked an overall trend of even heavier radicalization coming from Syriza and its supporters. The ideals, principles and values they initially stood for had been suddenly brought to new extremes which appealed to a big part of the public. Despite it all, however, the party, and Alexis Tsipras, subsequently lost their tremendous influence and power over Greece.

Moving onto the second subject of this analysis, The Golden Dawn, which formed two decades earlier than Syriza (in 1985), was a far-right radical party, whose members and supporters hold strong neo-Nazi and neo-Fascist beliefs. The party rose in popularity and to power shortly after the installation of the economic crisis in Greece (Thrilling, 2020). What stood out about the Golden Dawn had been specifically the appeal it had to its supporters and the gruesome violence its leaders were behind. The ideologies Golden Dawn stands for are deeply anti-Semitic, racist, following Hitler’s visions for an ideal society. Party members promised to implement ideas such as sinking the boats of upcoming immigrants and further provoked supporters against minorities, as well as against the local, Greek population (Thrilling, 2020).

Throughout time, multiple acts of violence, crimes and extreme brutality, which were incited and even directed by officials of the party, had been committed by Golden Dawn supporters. The party, however, lost a great amount of influence and power in the last few years, once it had been officially regarded as a criminal formation by the Greek authorities (Samaras, 2020). The leadership of the Golden Dawn was found guilty of several crimes, among them the murder of a rapper, Pavlos Fyssas, who held a strong anti-fascist stance, as well as of the murder attempt of an Egyptian fisherman (Samaras, 2020). The trials which were conducted on the cases of crimes committed by the Golden Dawn had been reminiscent of the Nuremberg Trials, and as such, they are considered the second biggest Nazi trials since 1946 (Samaras, 2020).

To conclude, this analysis has tried to briefly showcase how viral, dangerous and strong political radicalization can become, especially under conditions of crisis and general discontent among the local population of a country. While, in this specific context, Greece has been little analyzed by experts when compared to other European states which have been dealing with an increase in political radicalism (Germany, France and the U.K. or even Hungary for instance), its radical tendencies throughout the last decade should be further studied. Indeed, one should not place Syriza and the Golden Dawn within the same frame, as the former is an actual political party with radical tendencies, whereas the latter transformed into a full-fledged criminal organization, having lost its rights to function at the political level. But Greece’s case, and as such, political radicalization in East and South Europe should not be overlooked, for, as it has been proven, some of the strongest forms of radicalism can breed in these countries as well. On the bright side, Greece has taken the necessary measures to block far-right extremists from political representation. And whereas the radical left still has plenty of influence, their ideologies failed in the eyes of the Greek population, and thus, Greece has been on a positive path of recovery for the past few years.

Marliere, P., (2012). Open Democracy – “Syriza is the expression of a new radicalism on the left”: excerpt of an interview with Stathis Kouvelakis. Available at: https://www.opendemocracy.net/en/syriza-is-expression-of-new-radicalism-on-left-excerpt-of-interview-with-stathis/

Thrilling, D., (2020). The Guardian – The Rise and Fall of Greece’s Neo-Nazis. Available at: https://www.theguardian.com/news/2020/mar/03/golden-dawn-the-rise-and-fall-of-greece-neo-nazi-trial

Samaras, G., (2020). The Conversation – The end of Golden Dawn: has Greece shown us how to deal with new-Nazis? Available at: https://theconversation.com/the-end-of-golden-dawn-has-greece-shown-us-how-to-deal-with-neo-nazis-150239