Germany Today: Between an Environmental Disaster and Political Interests 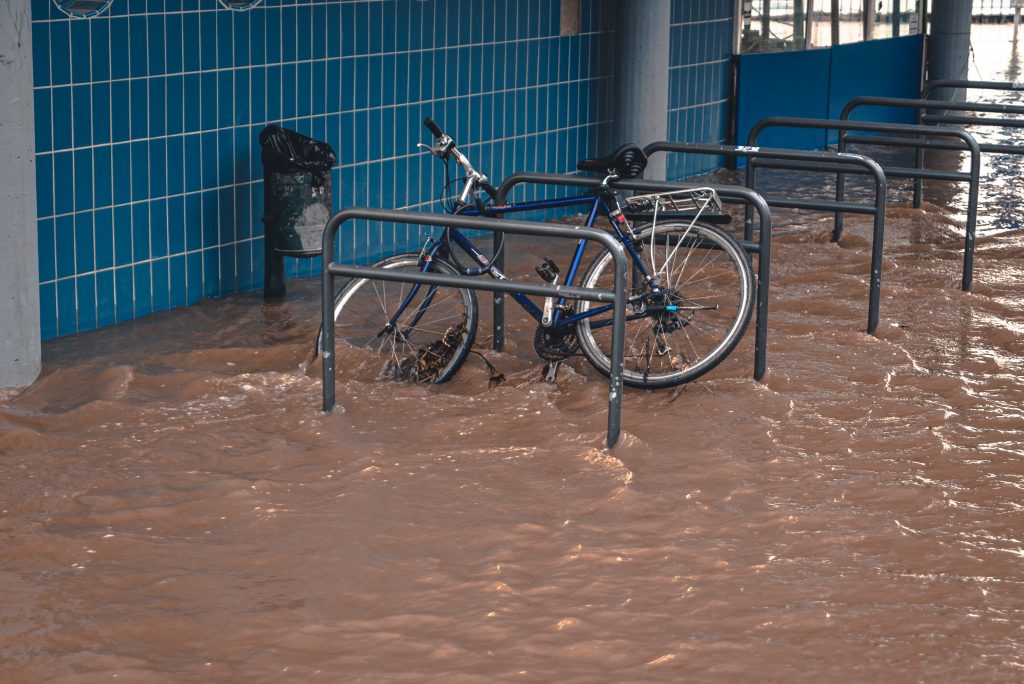 During a historical period of crisis that the world continues to be faced with due to a pandemic which changed the regular course of life for everyone, plenty of unexpected events have struck different parts of the globe, in different ways. Despite being known for its great capacities to evolve at all levels (be it economic, societal, military etc.), a power such as Germany has not been left out of this frame. Within the context of 21st century crises, this article takes a look at how Germany has just recently been taken by surprise, by massive floods which provoked countless victims, over 180 deaths, great destruction, and which ultimately shook the whole of Europe. No one saw this coming for Germany, yet climate change, poor crisis management (at least to certain extents) and other key factors, highly influenced (and continue to do so) the extent to which the flooding has been affecting mainly (but not only) the regions of Rhineland-Palatinate and North Rhine-Westphalia.

The catastrophic flooding in Germany and other parts of Europe began around mid-July of this year, having showcased how vulnerable countries with prestige can get. Germany, as others in this context, has come to be a receiver of aid and support, rather than the ‘giver’ it has been so well known for. But what has really made Germany the victim of floods? Whereas a lot of factors come into play, politicians siding different parties within the country have come with different stances on the matter. It is important to note a few aspects in Germany’s crisis instance. While at least parts of the German people and government opposition insist upon the idea that official flood warnings had been sent too late and that there has been a general lack of communication and organization coming from the side of the government and of the authorities, some politicians who have gotten involved in the matter, take the blame away from the authorities in charge, justifying their actions.

It has been observed that the German Meteorological Services sent an official warning of upcoming disaster to the government, emergency services, police and even media outlets, approximately three days before the floods took over the country. German authorities, having a rather highly-developed system of flood alerts, have maintained that repeated warnings with safety instructions had been subsequently sent to everyone, especially the civilians residing in what are now the most affected areas of the country. Despite it all, flooding caused massive destructions, over 1000 civilians having been severely injured, and almost 200 hundred, so far, having lost their lives. Officials acknowledged that the number of deaths will most likely increase, as rescuers fight their way through destroyed homes, continuing to find new victims. The Green Party maintained that better reaction and subsequent action would have saved many lives, but officials within the government denied this stance, holding onto the idea that everything in the power of authorities and of the government has been done.

It has been further claimed that, within this instance, overreliance on digital warning methods proved weak overall, mainly because of the fact that due to the heavy rainfall and subsequent flooding, network services and connection had been affected. At the same time, analysts have observed faults in the way this crisis had been approached by both the authorities, as well at the civilian population. Whereas on the one hand, the German authorities manifested somewhat of a reluctance in ordering evacuations, on the other, parts of civilians had not given importance to, nor have they truly believed in the gravity of the crisis which was going to strike the whole country.

When taking a look at the flooding crisis which covered several parts of Europe, as well as of the world, climate change and environmental destruction could be generally classified as being among the main driving factors. In the German context, while Chancellor Angela Merkel has recently acknowledged this issue and gravity of climate change, and further claimed the importance of making strict changes in the policies of the country vis-à-vis this problem, most politicians within the opposition went against her stance on the matter. The flooding crisis which unexpectedly caused massive destruction in Germany seems to have rather brought up a political conflict, due to which, at times at least, the main focus of this catastrophe has been overlooked.

Germany’s latest crisis has proven to the whole European continent that even big powers can become vulnerable victims of the unexpected. A conflict of interests, driven by the upcoming elections, seems to have aggravated the capacity of the country to properly organize itself in what is now the recovery phase. Poorer prevention methods and crisis management, alongside the issue of climate change and the lack of response from many within the civilian population, could be the reason why these floods have come to provoke such massive destructions and countless casualties.