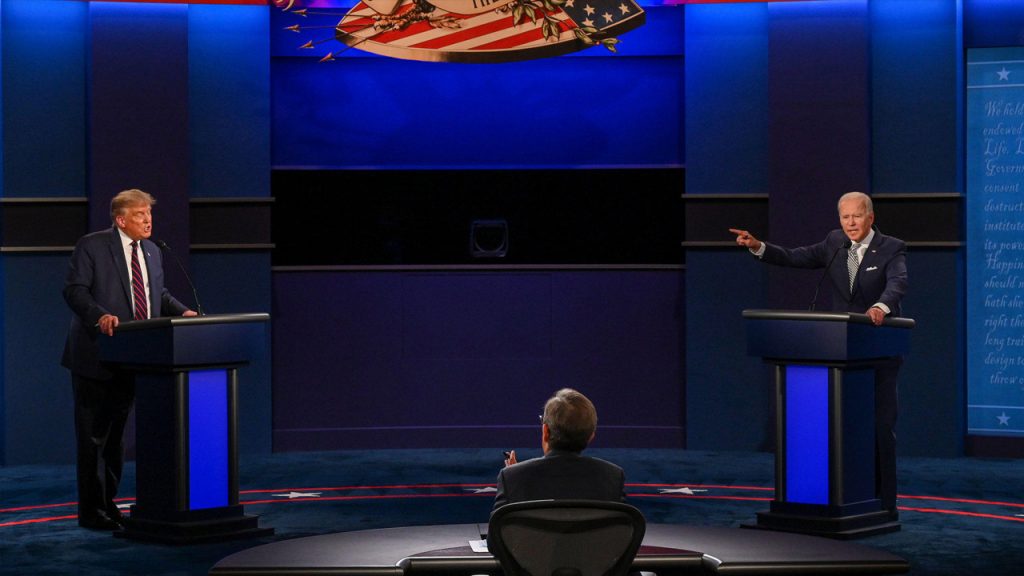 With record daily infections and almost 240.000 dead, the coronavirus numbers hit a new high in the United States last week. Unlike the president who famously remarked roughly 38 times over the last couple of months that the virus will just magically disappear one day, the coronavirus has shown no sign of slowing down. However, the ISRM Campfire took a break from looking at the bleak reality of the pandemic and renewed lockdowns all over the world to take a look at the presidential elections.

When we talk about numbers, we should disregard the countless hours of sleep that we lost during the election while waiting for new numbers from swing states or good takes from the political Twitter bubble. Instead, we should focus on things that have some significance. A record number of
over 76 million people voted for the new president-elect Joe Biden, trumping President Obama’s impressive election victory in 2008 and voter turnout has been the highest in decades. There are many reasons for this. One is the blatant mishandling of the pandemic by the Trump administration, even though exit polls showed that the majority of voters were still far more concerned about the economy than the virus. Another is a deeply divided society that has only increased to further drift apart in the last four years. The Black Lives Matter movement against unjustified killings of black Americans by the police force on the one hand and police and rogue militias assailing peaceful protesters on the other have dominated the media feeds during the summer. Finally, there is President Donald Trump itself. Both adored and loathed, he is not just an oddity that happened to bully his way into the Oval Office. His effort to discredit the USPS and mail-in ballots to cast doubt on the legitimacy of the election result has been in plain sight for the last couple of months. There is a strategy to his chaotic behaviour. The lies and twitter rants serve as building blocks to his self-image of being an unstoppable force that is winning every battle. It is easy to attribute the high turnout to the fear of four more years of Trump, but it would be foolish to discard the voters for the Republican president who clearly support him, his policies and ultimately his lies. With eleven weeks to go, the US enters the lame duck session, that will probably be anything but lame. The question remains if Trump will be forgotten come January like a golf ball in high grass or will he have lasting impact over years to come?

The campfire discussion went around what many participants felt is an intellectual anxiety and I cannot help but share it. I have more fear than hope for the future. Much like smaller outbreaks of SARS, MERS or Swine Flu, the Trump presidency will not be a singular event and it is important that the US learns a lesson from what can only be described as a near miss. Since Trump is grabbing all the attention, it is easy to forget about his vast support network and how deeply rooted his views and opinions are within US society. Right-wing groups such as the Proud Boys and radical evangelists might be outliers, but it can be clearly seen by the support he has received through the GOP. Most recently, the likes of Mitch McConnell have been echoing the blatant lie that the election was stolen, but attacks on the checks and balances have been taking place far longer than that. There is looming danger and it is almost inevitable that there will be others who will follow Donald Trump’s path down the rabbit hole and prove to be much more competent, efficient, and less narcissistic in what they are doing.

There are many question marks around the coming months, but one thing is certain: If Joe Biden fails his Herculean task of healing the nation, turning around the mismanagement of the pandemic, and repairing the political damage done by the Trump administration, the United States will be one inch closer to a real crisis.

The Coronovirus Campfires have been established in March 2020 by the ISRM to offer a weekly discussion platform for security practitioners around the ongoing pandemic. The last months have been a rollercoaster ride with regards to government response, media coverage, and new scientific evidence. During the one-hour long sittings, practitioners from all over the world share their unique personal experience and professional insight and try to make sense of this unprecedented and challenging time.