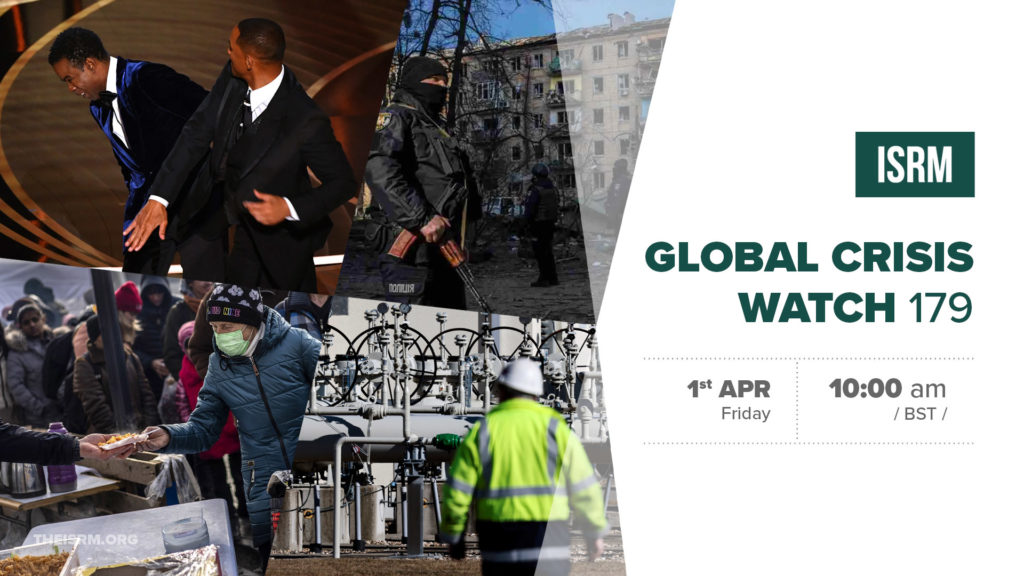 Every decade has its own character, influenced by the politics, economics and pop-culture of its time and the prominent figures who shape them. The 60s will always be associated with Hippie culture and the Vietnam War, the 80s with their poignant hair styles and the end of the Cold War and the 2000s with the aftermath of the 2001 terror attack on the World Trade Centre and hyper-digitization. When it comes to the 2020s, the current zeitgeist can only be described as disruptive. Since the start of the decade, there has been a constant state of crisis, from the pandemic to the war in Ukraine. The house of cards of globalization has started to crumble and compound crises have become a new normal. The question of our times is not if the tools to deal with these disruptive events are available but if there are people willing to use them.

While the pandemic in itself has been a truly disruptive event in the way it has influenced basically every branch of modern life, it did not just put pressure on the medical infrastructure and people’s psyche, but also put enormous additional stress on the global supply chain. During the early stages of the pandemic, cargo containers were stuck all over the globe when demand vanished over night as the world went into lockdown. Additionally, several industries shut down parts of their production, such as the timber or steel industry, fearing that they would not be able to sell as much during the pandemic. However, after a few months of isolation and home-office, people began to order online to compensate for not being able to go out and socialize like they used to, causing demand and price for cargo containers and space on cargo ships to skyrocket. As storage capacities had been seen as cost-ineffective and obsolete in a globalized world, the sudden increase in demand caused wide-spread delays and cost explosions. This global supply chain crisis was only exacerbated by the blockade of the Suez Canal in March 2021. It is now further stressed by the war in Ukraine as both Russia and Ukraine are responsible for 30% of the global wheat production and up to 80% of sunflower oil. With increased energy and transport costs, there is now fear that food security in several African countries as well as Yemen and Afghanistan could collapse, causing famines and revolts.

These issues are further enhanced by the global Climate Crisis. The magnitude of extreme weather events in the last two years has been extraordinary, with flooding, widespread wildfires, temperature records, draughts and more. The list goes on. At this point, there is not enough being done to mitigate the effects of climate change and they are expected to only get worse as the planet continues to heat up and extreme weather events become even more common. The term of compound crises has become more prominent in the last years which describes two or more crises occurring at the same time. This has been the case for nearly every crisis of the last two years but is not reflected in the way these crises are reported outside of risk and crisis management – often isolated and within the rules of the news cycle. It neglects the interconnectedness of events. The rise of authoritarian and fascist tendencies in the US did not happen in isolation or through one person but is connected as much to globalization as it is to the deep social division within the country. The severity of natural disasters should not only be attributed to climate change but also to widespread negligence of a changing reality. The war in Ukraine has widespread global impact which will endure long after the hostilities have ceased.

Those working in crisis and risk management will be aware that crisis myopia is also a pressing issue. Fatigue sets in and other matters gain importance. While lessons seem to have been learned initially and measures are implemented, they soon are forgotten and a return to pre-crisis behaviour can be seen. Considering politics, this becomes even more apparent. It does not matter for what reason a politician has made his or her way into politics, whether it is about the benefits of office or the opportunity to shape policy. What ties all of them together is the desire to be elected and re-elected. France’s president Emmanuel Macron announcing that he has plans to build 14 new nuclear power plants and talking to President Putin multiple times over the war in Ukraine has all been done in hindsight with the election in April. Former President Trump’s recent interview calling on President Putin to release incriminating material on President Biden and his family now that Russia is no longer a fan of the USA is all part of Donald Trump’s ongoing campaign for re-election and discrediting Joe Biden’s presidency. These small examples show how politicians play to their voters. They understand the narrative that needs to be transported to gain favourable support.

Cementing this is the system justification theory of sociology which states that people feel a need to protect and uphold existing socio-economic systems and institutions, basically arguing that the status quo is preferable and should be defended. This could be seen in the debate about mask-wearing during the pandemic, about renewable energy and electric cars and has also already started in the current discussion about the war in Ukraine with upcoming issues of inflation and rising energy prices. The theory argues that an existing need for stability and order prevents changes as soon as this change threatens the status quo.

The pandemic and the war in Ukraine have both been disruptive in every sense of the word and there have been many chances to adapt to new realities and force decision-making processes that have been stalled for years. While there have been made countless speeches, these words still need to translate into policy. The tools to do so are available – but are there people?