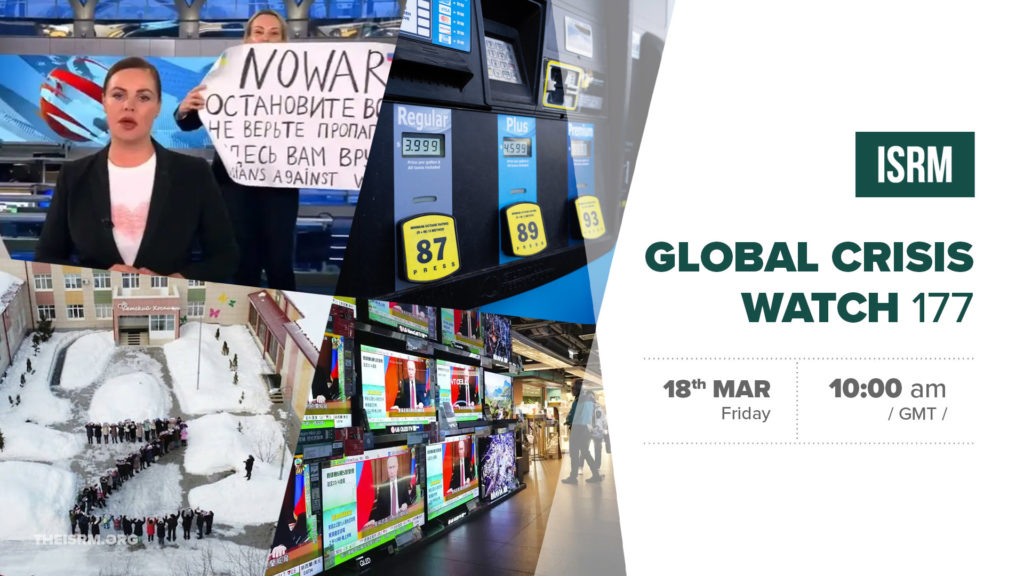 Russian Top-General Valery Gerasimov has been credited as the architect of the reformation programme of the Russian army after 2008 that was supposed to modernize its structures, tactics and equipment after years of neglect and based on the lessons of the war in Georgia. The stated goal was to be able to fight a war in modern conditions. In an article from 2017 Gerasimov stated that “It must be remembered that victory is always achieved not only by material, but also by the spiritual resources of the people, by their unity & desire to oppose aggression with all their might.” Ironically, that is what the Russian army is currently facing in Ukraine. The Ukrainian army operates and fights as the Russian army was intended to, and President Zelensky has become the modern embodiment of a war time leader that provides the spiritual strength and unity for Ukraine to continue the fight.

The Russian army is also showing every sign that the modernization efforts seem to have only been achieved on paper as the Russian forces have faced severe challenges since the start of the invasion three weeks ago. Militarily, there have been airdrops into the ice-cold sea, tank advances without infantry support and, since Tuesday, four generals killed in combat as well as high combat casualties. Logistically, Russian troops have been reportedly out of supplies and raiding convenience stores for food, whole columns have been stuck on roads unable to advance and supply trucks being specifically hunted and targeted by drones. There is also low morale with soldiers experiencing a reduced will to fight and abandoning equipment in so many cases that the Ukrainian Tractor Force has become a prominent internet joke, as several farmers have been filmed recovering abandoned equipment, one of those being a $20m SAM missile system. The Russian operation has been such a mess that Russian soldiers have already labelled it Blyatskrieg, a mixture between the military doctrine of conducting fast, concentrated assaults known as Blitzkrieg from WW2, and the Russian swear word blyat.

There is the famous quote of “amateurs talk strategy, professionals talk logistics” that can further help to understand why there are no significant gains after three weeks of fighting and why Russian troops are unable to gain ground towards Kyiv. Russian logistics are simply not up to the task. They miss the necessary capacity to supply all of their troops. Instead of fast advances that are supposed to breach Ukrainian defences and encircle major cities, a vast number of troops is simply bogged down on highways waiting for supplies. Estimates are that Russian logistics are more or less capable to supply troops within a 140km radius from their larger depots. If translated onto a map, that is the territory that is currently under control by the Russian forces, and which unsurprisingly looks like a network of connected highways. Any major offensives would need a major increase of logistical abilities, which seems unlikely given the already existing and growing challenges of the supply chain.

With more static fighting and heavy resistance in urban centres, civilians are those who are increasingly suffering. There has already been a high number of civilian casualties as Russian troops are shelling houses and civilian structures that is only growing as fighting continues. This especially true for Mariupol where over 300.000 civilians have been cut off from water, electricity and food supplies and evacuations through humanitarian corridors have been repeatedly interrupted by violations of cease fires. In the past days several journalists have been attacked and killed along with their camera crew and more and more reports of random and targeted arrests and even killings in Russian occupied territories emerge. Human rights violations are going to continue and will only increase as frustration and bitterness will grow among the occupying troops.

While this is only a basic summary of the current war effort, the ripple effects of the conflict will continue to be felt economically, socially and politically in increasing severity. Gas prices have increased significantly even though the price per barrel of oil has decreased. Refineries have been criticised that they are trying to profit from the war on the back of consumers. In the coming weeks, it is expected that wheat and fertilizer prices will massively increase as the war affects the two countries who are responsible for the majority of European imports. Russia has announced that it will discontinue its exports and Ukraine will simply not be able to export as much as needed. Ukrainian refugees now number over three million and while solidarity is extraordinary at the moment there is no guarantee that it will be sustainable in the future without putting pressure on countries who have taken in a huge amount of people or that it will not be used by populist movements as in the past. There is growing hostility against Russian citizens living in European countries, despite clear messages that there is a significant anti-war movement in Russia itself and that those who protest the war could face up to 15 years in prison. Marina Ovsyannikova, an editor for Channel One, a state news channel, prominently protested the war during a live broadcast by holding up an anti-war sign and recording a message where she called the war in Ukraine a crime. She is now among almost 15000 arrested protestors.

Politically, Russia has also been isolated internationally, with few remaining allies, one of them China. The role of China at this stage remains unclear but it is what is to be expected out of Beijing. The Chinese Ambassador to the US said that China would not support the war and did not know about Russian intentions to invade Ukraine, stating that it had economic partnerships with both countries and that the conflict had a negative impact on China. However, US officials have argued that there is already a mutual understanding between Putin and Xi Jinping and that China is set to provide economic and financial support that could deepen the longer Western sanctions are in place. Additionally, Russia has asked for a supply of MREs or “meal, ready-to-eat” to fight the rampant supply problems its army has encountered in Ukraine. It remains to be seen how the relation between Russian and China develops as the war and sanctions continue to impact and isolate Russia and how it will shape an eventual post-war world order.

What can be seen already is that the longer the conflict lasts, the greater the effects on the post-war world will be and with every additional atrocity it will be harder to return to pre-war relations.