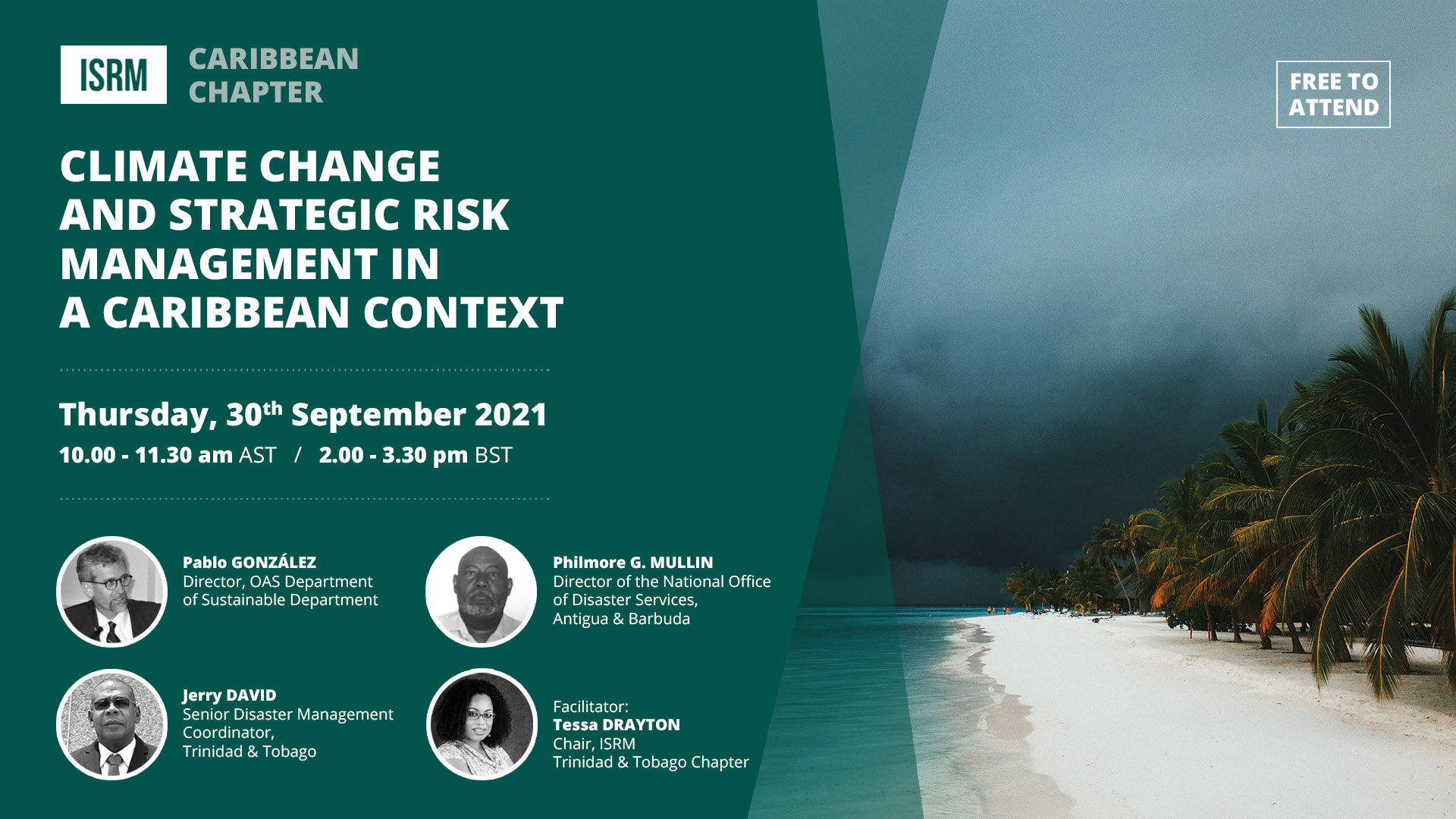 Climate Change and Strategic Risk Management in a Caribbean Context

Mr. Philmore G. Mullin (Antigua & Barbuda) has been the Director of the National Office of Disaster Services in Antigua and Barbuda since 2007. In this function, Philmore works at the regional level to develop a frame work to test disaster management plans and operational systems. He has also redesigned the community disaster programme in Antigua and Barbuda, which is now being used in other Caribbean Islands. Philmore has served on the Caribbean Disaster Emergency Management Agency (CDEMA) sub-committees for exercise scripting and designs, as well as, with the United States Agency for International Development/ Office for Foreign Disaster Assistance (USAID/OFDA) to design the Damage Assessment and needs Analysis training course for the region, which is now being used in other parts of the world.

Before this assignment, Philmore was the Deputy Director, of the National Office of Disaster Services from 1999-2007 which was preceded with his role as a technical officer for seven years from 1992-1999 at the same office with a focus on logistics and training.

The management of disasters is a dynamic field in which Jerry David is most engaged. He has worked alongside various organizations in Trinidad with the goal of building hazard resilient communities. Having seen and experienced first-hand, the effects of many adverse weather conditions throughout Trinidad and Tobago, Jerry David has committed himself to creating a local populace that is both aware of and resilient to any type of disaster.

In doing so, Mr David has established the Emergency Operations Center(EOC) at the Ministry of Rural Development and Local Government, outfitting it with state-of-the-art equipment. This effectively reduced incident reporting time to emergency support functions, allowing for faster response to affected residents. In addition, training and successfully equipping hundreds of shelter managers, community emergency response volunteers and technical and administrative officers of all municipal corporations has become the flagship project of the Ministry of Rural Development and Local Government. Furthermore, he has worked tirelessly to streamline disaster response activities throughout the island by establishing Standard OperatingProcedures(SOPs) for all Disaster Management Units. This has been done in response to the many vicissitudes that changing paradigms will foist upon a small island developing state.

Having served in several capacities spanning over thirty(30) years in various sectors, Mr David brings a wealth of information to the perplexing questions of sustainable development. Mr David is one of the persons whose rear ability of lead and innovate allows him to be flexible when faced with complex challenges and his emotional intelligence make others want to work with him.

Mr David boasts of not being an academic. This, he says, allows him to view the world from points of views that box in academics.

Tessa Drayton is a Communications professional and entrepreneur based in Trinidad and Tobago with considerable expertise in Public Relations. She has received academic and professional qualifications from the UWI-Roytec, the University of the West Indies and The Institute of Strategic Risk Management (ISRM), garnering credentials in Communication Studies, Management, and Corporate Risk and Crisis Management. She presently holds membership with the Association of Female Executives of Trinidad and Tobago (AFETT) and the Customer Service Professionals’ Group (CuSPTT). Tessa believes in upholding integrity in whatever she does and is committed to her mantra, “To be of service to people in need in any part of the world”; a mantra that has allowed her to make a difference in the lives of others.

To register for this event please visit the following URL: https://zoom.us/webinar/register/WN_9nS1Z5GPRqCCK4t3Cp_Ptg →

Get a regular Email Newsletter with latest information